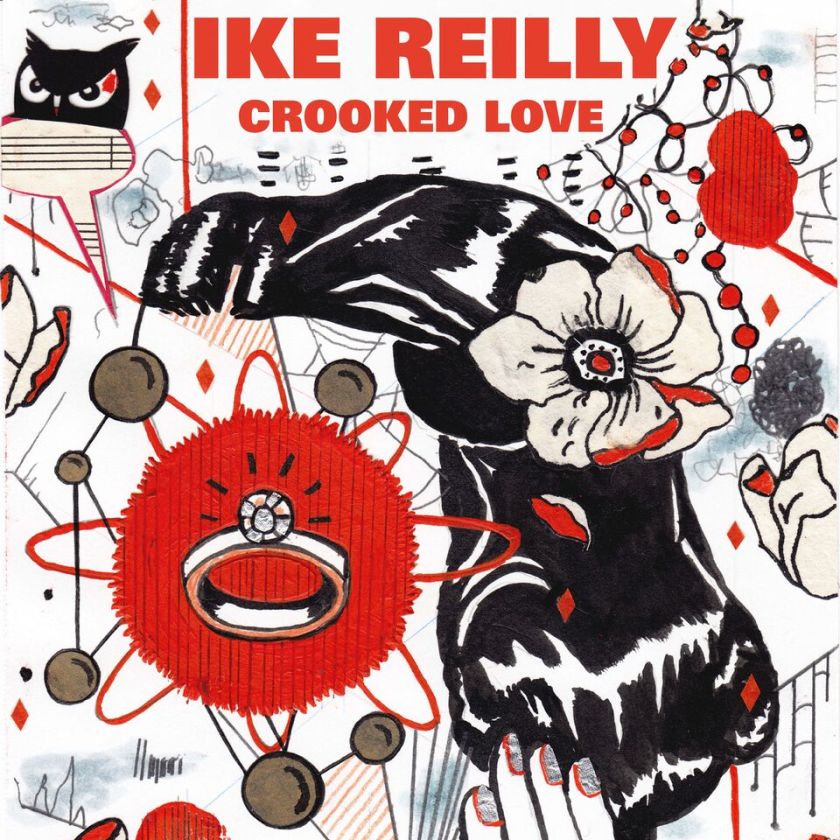 Since his major label debut, Reilly has been making punk/folk/blues influenced rock ’n’ roll records that lean heavily on stories of outsiders with keen details and broad strokes that insinuate a crack in the American dream. Reilly’s band, The Assassination, has been called one of the best live bands in America, and the body of recorded work they’ve turned out has been poetic, rebellious, wholly original, and critically acclaimed.

Still, Reilly and co-producer Phil Karnats (Secret Machines, Tripping Daisy, Polyphonic Spree) felt that Reilly’s best takes had never been recorded. The lucidity and rhythm of Reilly’s performances that Karnats had witnessed in hotel rooms, backstage, and on tour buses had never been captured. “I wanted to create a setting where Ike could sing and play guitar at the same time, with the band in the same room… no headphones and minimal isolation,” says Karnats. “There’s always been a freshness to playing the songs together that’s hard to harness when recording in the more common, modern, sense where you do rhythm tracks first, then overdubs and vocals last. This time, Ike did his thing and we developed the arrangements based on his vocal approach, cadence, phrasing, intensity and all that. I think, in the end, we ended up with some killer songs that have a strangely unique, slightly off-center, vibe.”

One Crooked Love song that Reilly feels is the lynchpin to the record is “Been Let Down,” which moves from shuffle to backstab in the blip of a heartbeat. The album’s opener, “Livin’ in the Wrong Time,” also evokes a certain kind of “real feel,” with a cool, steely tone and a psychotically festive sonic twist during its ear-grabbing solo section. Crooked Love shares the timeless quality that records that stand the test of time are able to evoke. “I’ve always been trying to get that timeless sense all along, but I think this record actually does do that,” Reilly concedes. “I know I’ve fallen into the modern trap a couple of times in my recordings and with some of my lyrics maybe being a little too in the moment at times, but I hope I’ve been able to achieve something else with the direction and attitude of this one.”

Walking that fine line between being topical and universal is another goal Reilly wanted to attain with this album. “I’m not sure if all the songs reflect what’s going on right now,” Reilly says. “The songs were written under the shadow of all of that, but most people still just need and want love, affection, sex, and the simple pleasures of human contact. I have optimism for society and for its survival, though I am pretty fatalistic in the sense of, ‘This is what it is. It’s right here, it’s right now, and this is it.’ That can either drive you crazy or motivate you to squeeze every last drop out of it, you know?”

Reilly plans to tour in support of Crooked Love and recently announced additional tour dates in support of the album release, including a late-June residency at Rockwood Music Hall in New York City, and shows in Pittsburgh, Boston, Philadelphia, Asbury Park, and Washington, DC. (See tour schedule below for a list of all confirmed dates.)